With UNIFY less than 50 days away, we’re excited to announce the addition of Stories to the UNIFY Forever lineup!

Stories are a Sydney based post-hardcore band, rising from the Northern Beaches in 2011. Characterised by their punchy analog textures, dynamic vocals and punk rooted energy, the outfit went on to reinvent their sound and record their debut album The Youth To Become in 2014.

After going on an indefinite hiatus following their national tour supporting Enter Shikari in 2016, Unify Forever marks the band’s first show in over five years.

They’ll be playing on the main stage for a very special, one-off reunion set. 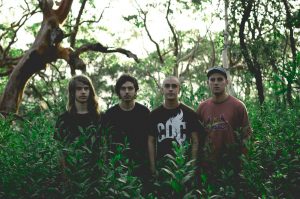 Plus, we’ve teamed up once again with the legends at AM//PM to bring you an epic extra night of UNIFY, featuring a host of the best bands coming out of the Australian heavy and alternative communities right now! Expect a full night of Emo, Pop-Punk and Heavy anthems once the bands wrap up, keeping you singing along until well past your bed time, If youʼre yet to party with us, youʼll soon find out what we mean. You can rock up at 2PM (when gates open) and get the pre-party started early!

Early access tickets for Thursday are limited, and don’t forget that you need a GA ticket to be able to upgrade. Bring on January!